Redesign of the Fiddle Yards

Posted by Gerd on Saturday, 31 January 2015
in Layout construction

after the first operation sessions I realized, that my fiddle yards were not the best. I had trouble with the curved turnouts on the large fiddle and the solution of the small one was odd too. 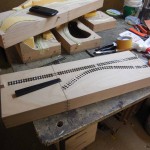 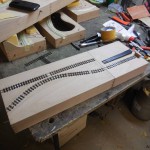 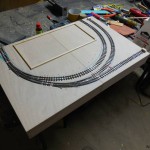 As I was working on the whole layout while adding the backdrops, I just decided to rebuilt the fiddles too. I installed a 180° passing siding on the large fiddle with Peco turnouts. Now it’s possible to bypass trains in the fiddle area too which will be useful on loop style layouts. The small fiddle was constructed all new with two spur tracks from each direction. 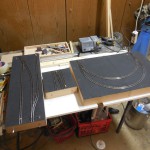 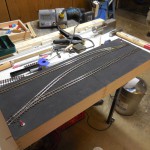 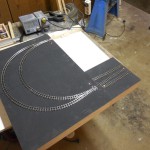 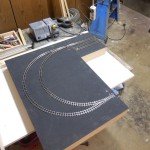 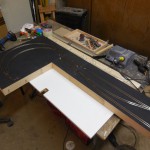 Additional, I made a small 20cm joker module, which can be used as lead tracks on the large fiddle yard and at least as connection between the fiddle yards. This way, the small fiddle and the joker will replace the log landing module on the loop style layout which can than be used to the right of the char coal square. This will result in 3 new layout variants. 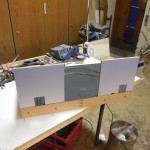 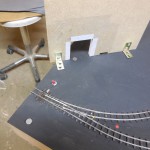 At least I made small backdrop boards for the entries which were held in place by magnets. Next I’ll show you the new storage box that I made to store all the fiddle yard equipment.