Posted by Gerd on Saturday, 25 March 2017 (Comments Closed)
in Workreports 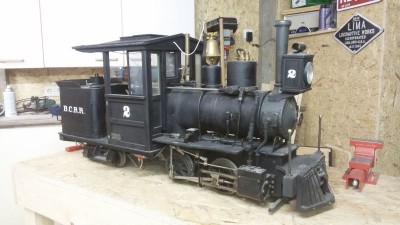 since the car roster is mostly done, it’s time to spend some attention to my Forney loco. Last year, I spend a rebuild to make her look “Maine style”, which doesn’t match the new logging approach anymore. The new logging Forney at the Moody Lumber Co. should be more solid ans sturdy and should match the Shay in paint-scheme as well.

First steps were the end beams which got changed to massive wood beams with run boards, which were ideals when shunting log cars. As on many Porter locos, I added single pocket Link & Pin coupler heads on std. coupler height. 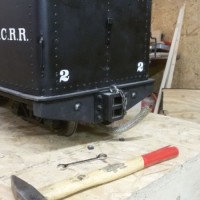 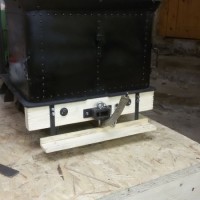 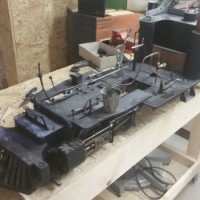 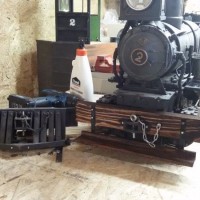 To change the pilot, I had to remove the boiler, which is no big issue for me due to regular training. The new pilot makes the loco shorter and more compact looking, just perfect for a logging engine. 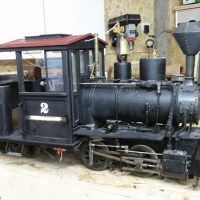 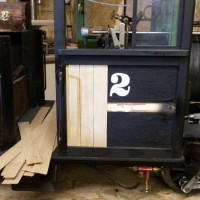 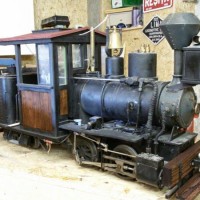 After re-assembling the loco, I overhauled the cab. The roof was painted oxidred as on the Shay and I added boards to the sides which got stained in brown just as the pilot and end beam. Once all the paint was dry, I added road number #2, which will be all the lettering on this engine. 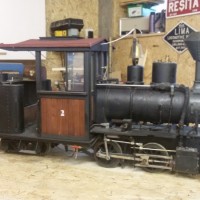 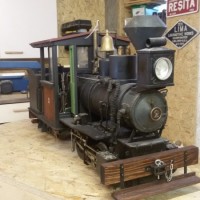 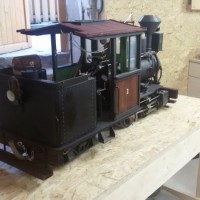 Now the Moody Lumber Co has both locos in service for the upcoming season.

Posted by Gerd on Monday, 20 March 2017 with 1 Comment
in Hon30 logging, Waldbahn Gazette

three years ago, I started my Hon30 adventure which became later the “Waldbahn Eusserthal”. Time for a small review, starting with some photos from the beginning. 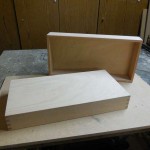 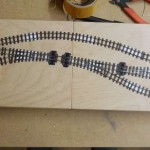 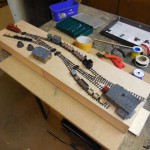 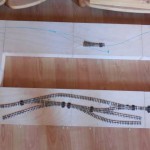 But my review will not focus on my own layout. Instead, I’ll show you two copies of my idea/layout build by other model railroaders. Since I started with my layout, I got dozens of mails from other model railroaders, asking for details, sources and so on. Not each of them was going to build a logging railroad. Many adapted the modular plug&play system for N-scale, TT-scale and even H0n2. Most of them were just happy to have a solution for model railroading in limited space. Ans sometimes, I got response from the other projects and I like to show two of them today.

If you’ve build your own layout based on my idea, feel free to send me a mail and some photos. If you like, I can show your layout here as well.

The layout by Bernd

In march 2016, I showed my layout at an exhibition in Germany, where I first met Bernd. He was mostly working on locomotive kits, but was so fascinated by my layout and design, that he made the step forward into layout building. In just 12 month, he copied my layout incl. some additional modules. We are in close contact and maybe we’ll have a layout meet some day, bringing both together. Here are some photos of the layout, more were hosted on an own page, since it was too hard to sort them out. 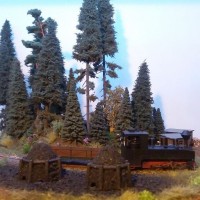 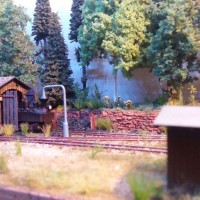 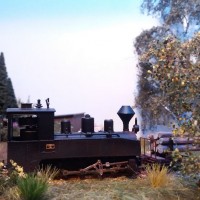 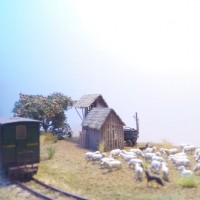 The layout by Michael

When I was for a visit at another exhibition in march 2017, I spotted this layout, which has clear parallels to my design. I talked to the owner/builder and as expected, his layout way inspired by my blog as well. He told me, that there are plans to extend the layout in the future. 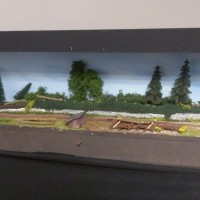 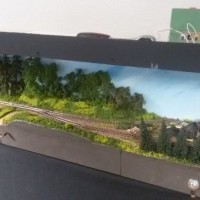 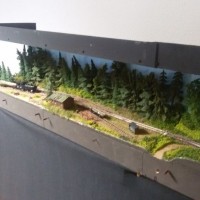 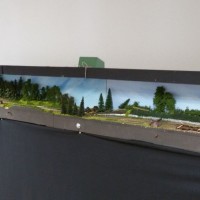 Posted by Gerd on Wednesday, 8 March 2017 (Comments Closed)
in Workreports

Today I’ve a “fast project”. Last year, I build a new riding car to go with my Maine-style Forney, based on a typical tender. This car doesn’t fit well into the new logging railroad style, so I decided to repaint it into some kind of old tender, reused as water car on the logging railroad.

I removed the tank and floor, repainted the frame and tank and added a wooden board decking to the frame. The lettering shows what’s inside. 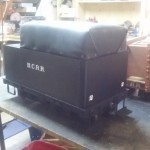 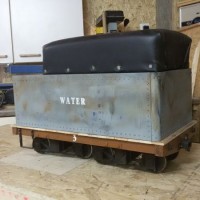 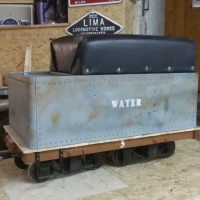 Since I can transport and operate only one steam loco at a time, I decided to scrap the old riding car and keep only the new #3 in service.

Posted by Gerd on Monday, 6 March 2017 (Comments Closed)
in Workreports

Hello loggers, it took me some time to make further progress on my Moody Lumber since I prepared my trolley layout for a show next weekend. Anyhow – here’s the next car for my new logging railroad. I rebuild my old boxcar into a Crew & Camp Car for my logging crew. First I updated […]