Posted by Gerd on Tuesday, 6 June 2017
in Operation Sessions 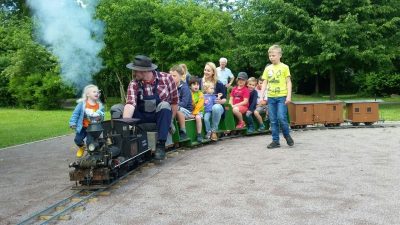 ast Sunday, we host a big children’s treat in my home village in celebration of our 1250th anniversary. Beside several games and Böchingen’s well known cake buffet, my 5″-gauge live steam railroad became the highlight, not only for the kids. Many elder visitors were fascinated by the steam railroad as well as some of them never seen such a big model train before. Especially a real model steam locomotive, running on coal and water instead of batteries. So the railroad became a highlight for nearly everyone. I didn’t count the laps we made or the number of passengers, but passengers were more than 200 I guess. What I know for sure were out special guests, when our mayor took a ride on my railroad. 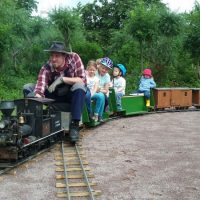 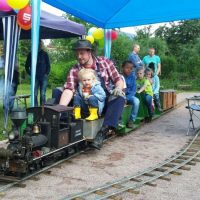 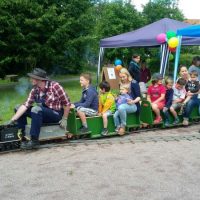 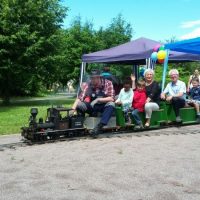 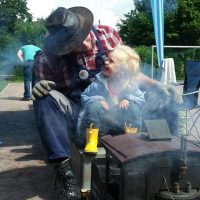 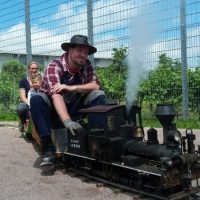 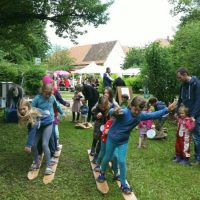 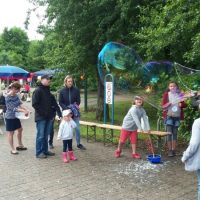 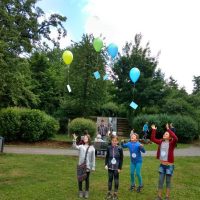 This was the first big steam service since the crash from last year and the loco performed well so far, instead for two issues. The minor one was a loosening packing nut, which we simply secured with a wooden wedge. More effort will take the main steam engine bracket, which tend to wind when the engine works on load. I’ll go to install some cross beams to add more stiffness.