Posted by Gerd on Tuesday, 12 June 2018
in Waldbahn Gazette

at a model railroad show in Mannheim in January, I meet Daniel from Mannheim, which has watched my videos on Youtube about my Hon30 logging railroad modules. He was fascinated by the concept and design and told me that he’s going to build his own railroad soon.

Now I’m happy to show you the first photos of Daniel’s “Waldbahn im Casanital”. He wrote to me:

Since 1800, the forests around Casanital were harvested for logs and timber. After approx 3 years of logging, a 2′ narrow gauge railroad was built to haul the timber out of the forest. In the first years, horses and oxen were used to haul the cars, but in 1810, the first little 0-4-0 steam loco was put into service, build by the Mosbacher Maschinenfabrik. After WW1, retired rolling stock from the former Heeresfeldbahn was acquired and came to the Waldbahn im Casanital.

In the meantime, the railroad line was extended to a cement works and a small harbour at a nearby canal was built as well.

Since several month, the presidents of the Waldbahn Casanital and Waldbahn Eusserthal are in contact about a connecting route between both railroads. 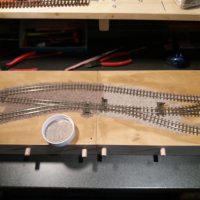 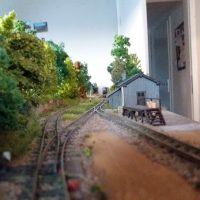 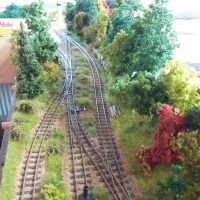 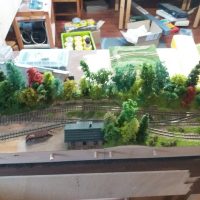 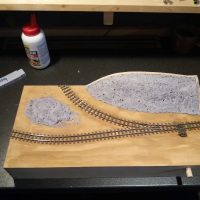 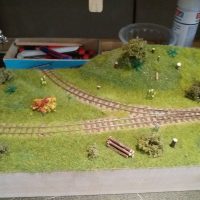 It’s planned to show both layouts together at a show in Ludwigshafen later in 2018. Maybe Bernd will join as well with his railroad, which would lead into the largest Hon30-Casani-Module-Meet so far. As soon as I’ve further details, I’ll post them here on my blog.