I postponed this final step for a long while, but now it’s time to tackle the cab. As on my Krauss loco, I made all walls from 1,5mm ABS plastics. To bend the backside wall, I heated the plastic and used a jig. 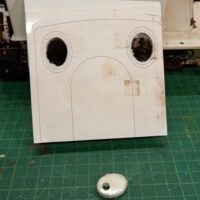 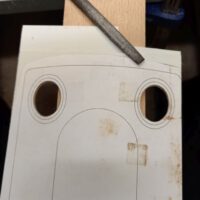 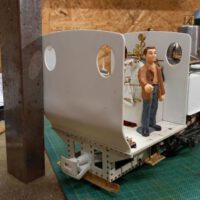 The windows were cut out with a scroll saw and filed to shape. I used some paper templates for these parts. Next challenge was to create the sides, which are bend into the roof portion. My first idea was, to make this segment from one single piece, but this idea was dropped very soon. 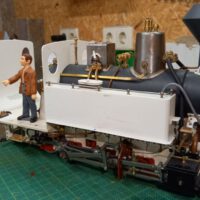 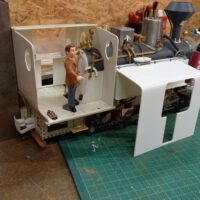 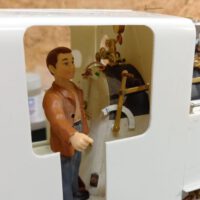 It was much easier to make two halves. First, I bend the parts with heat and another jig. I left some extra material on all sides and cut them to final dimension after the bend. The cutouts were made in the last step. 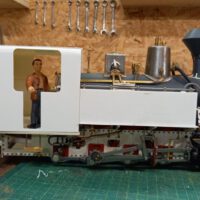 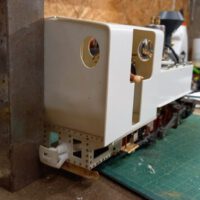 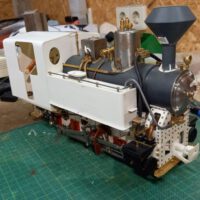 On these photos, the parts are just assembled loose on the loco for a first dry-fit. I’ve to spend some more file and sandpaper to make them all fit. Once done, I can glue them together for further detailing.