Posted by Gerd on Tuesday, 18 February 2020 with 3 Comments
in Operation Sessions

[MLC] Running on our club layout

Posted by Gerd on Sunday, 8 September 2019 with 2 Comments
in Operation Sessions

this week, I like to share the photos from the August operation session on our club layout. I ran my whole 1:7.2 scaled log train and had a great day. Most time, I was the only “show train” running on the inner loop, so I was able to enjoy very slow speed running of my Shay locomotive, and even some special maneuvers like running in opposite direction and tender ahead.

I got additional support by my friend Tim, who also made most of the photos below. 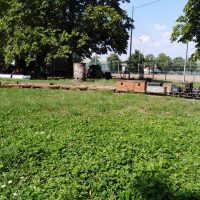 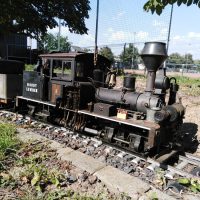 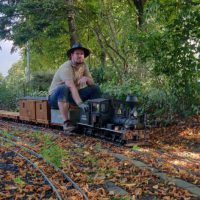 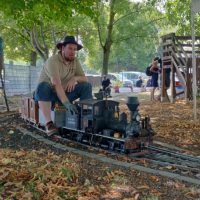 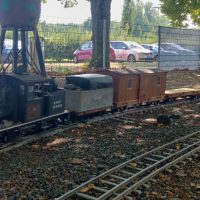 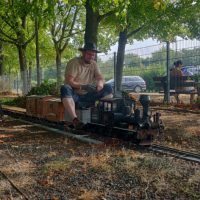 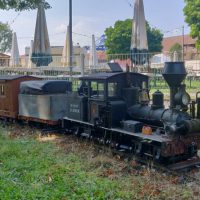 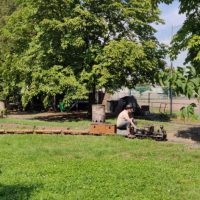 Posted by Gerd on Tuesday, 22 May 2018 (Comments Closed)
in Operation Sessions

Hello, with a one week delay, I’m happy to show you my latest videos from our 2018-trip to Zürich in Switzerland. As each year, the Swiss Dampf-Modell-Club holds a 4-day meet around the Ascension day. We had a great time there and meet a lot of friends and enjoyed the very nice layout which is […]

Posted by Gerd on Tuesday, 1 May 2018 with 1 Comment
in Operation Sessions

Hello, last week, in I started into the 5″-gauge live steam season 2018. In preparation, I made a new cart for loading the loco. I got a scissor lift table and spend some modification to make is fit the large steam locos. As before, the locos are rolled up from the workshop on a wooden […]

[MLC] Forney steam up with issues

Good morning, end of august, I visited our live steam club layout. Since I had a few operation sessions with the Shay this year, I decided to run the Forney this time. At least, I struggled with some injector issues and after four laps, I had to pull the fire, since I was not able […]

Posted by Gerd on Tuesday, 11 July 2017 with 1 Comment
in Operation Sessions

Hi folks, after a long break, I visited our club layout with the new Moody Lumber Co. I had a supply and work-train with me, hauled by the Shay. The Shay improved very well, strong and powerful, while smooth running. Since I was the only loco on the inner loop, I could run very slow […]

Posted by Gerd on Tuesday, 6 June 2017 with 1 Comment
in Operation Sessions

Last Sunday, we host a big children’s treat in my home village in celebration of our 1250th anniversary. Beside several games and Böchingen’s well known cake buffet, my 5″-gauge live steam railroad became the highlight, not only for the kids. Many elder visitors were fascinated by the steam railroad as well as some of them […]

Hi folks, last week, I made a simple ramp-construction to get my 2″-scale Shay out of the workshop to the daylight. Since the derailment last year, which caused huge damage to the steam engine, the loco was steamed up for the first time on Thursday. The Shay worked well and there’s only one issue left, […]

[BCRR] – First run of the Forney after overhaul

Posted by Gerd on Monday, 1 August 2016 with 1 Comment
in Operation Sessions

Hello BCRR friends, yesterday, we ha a public operation day at our club layout. We made a family trip and I took the Forney with us for a test run after its overhaul. Our little Ronja was fascinated by the large loco. She likes to ring the bell. At the club layout, we set up […]

Posted by Gerd on Monday, 9 May 2016 with 1 Comment
in Operation Sessions

Hello, last weekend, we visited the steam-model-club of Switzerland with their famous 5″-gauge layout at Zurich. This year, we had mixed local train behind our Shay instead of the log train wich we used to run in the past. The weather was very nice and we had a very good time… until Saturday… The loco […]