Today, I like to share my overhauled Resita loco. Some while ago, I shared some thoughts about my rolling stock on the CFF roster. Some equipment is used on my freelanced CFF Bochina line, while the Moldovita-style cars were somewhat homeless.

Finally, I rebuild my Resita loco into 764-449, which was homed on the Moldovita line. There were just some small changes necessary. I removed the rings on top of the domes, added the external water ejector and full headlights on both ends. All other changes were cosmetic by painting the window frames and finally by adding new number plates. Those were ordered together with 764-449, but were etched in nickel silver instead of brass. Finally I gold plated them to make them look like brass. 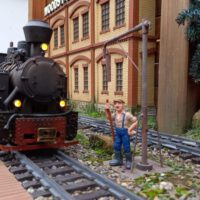 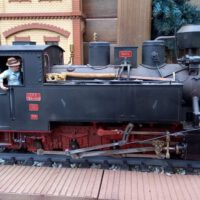 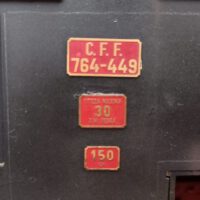 Most people know Moldovita for the more famous Krauss loco 763-193. 764-449 was mostly used as backup loco, while the Krauss loco was always preferred. It’s told, that the heavier Resita tend to derail on the spur tracks to the log landing sides. Even the steep grades caused trouble for the big engine. In 1992, the Krauss went to Reghin for big repairs, so 764-449 came to use for a longer period. Also, the Resita was in regular service during the final years, when Krauss 763-193 was already used for tourist operation.

Let’s jump onboard 764-449 on its trip up the valley to pick up a string of loaded log cars. After taking water, the new arrived passenger car is added to the train. Even if this car is not a Moldovita-vehicle, it blends in quite nice. More on this later. 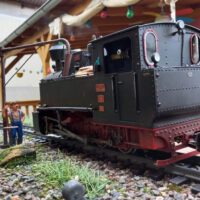 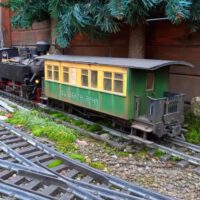 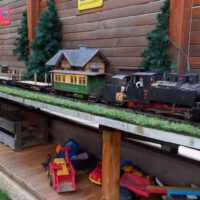 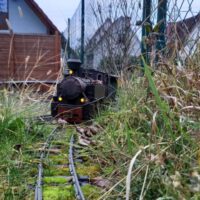 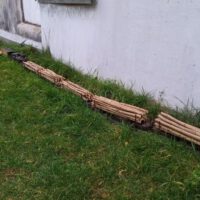 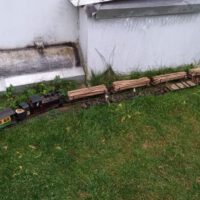 The track was not especially cleaned for this trip and is partly overgrown by moss and grass. But finally, no single car derailed during the whole session. Even while pushing the string of loaded cars out of the siding worked very well. The loaded cars are pushed out of the siding to be exchanged with the empty cars. Once the other cars are switched to the end of the train, 764-449 starts the trip back to Moldovita. 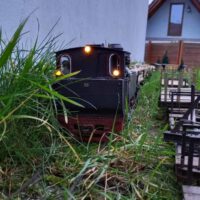 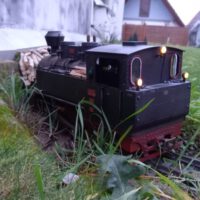 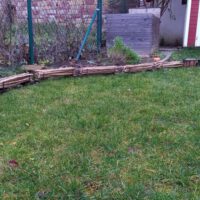 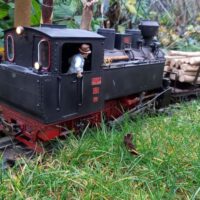 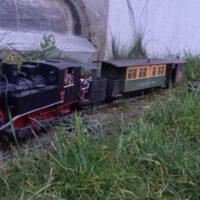 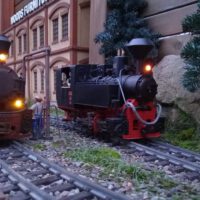 After I pulled the fire in the Resita, I noticed the left empty cars in the upper area. This was the moment when the new built Budapest 764-253 came to use. At the end of the day, both locos are resting at the depot.

BTW, the Moldovita all-time-roster lists a similar Budapest loco to be used here, but only for 1 year two. For some reason, 0-6-0 locos were always preferred before 0-8-0.

Now as I have the correct loco for my Moldovita cars, it’s time to build the remaining passenger car and the bread-store-car as well. There were also two railcars used in passenger service along the mainline. And how about Krauss 763-193 one day?

Finally, there’s a nice video of the real 764-449 in use on the Moldovita line on Youtube.

Posted by Gerd on Tuesday, 7 December 2021 with 1 Comment
in Workreports CFF

last week, I shared my new/old passenger car for the Romanian railroad. Once done, I spotted some broken window framings and some more missing parts.

I repaired the existing window frames, build a new one and finally closed one window with boards. This adds some more character to this old car. 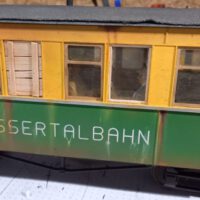 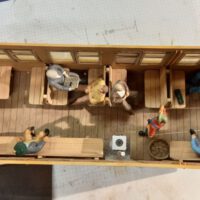 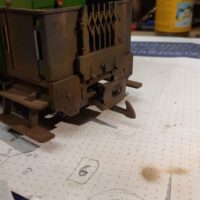 I also added some figures and spend a weathering to the new added CFF couplers. 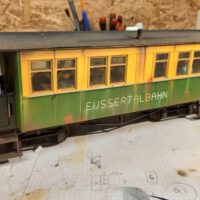 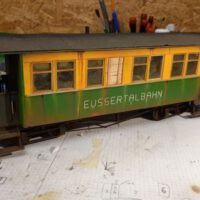 Now, the car is ready for service on my “Bochina” line. Unfortunately, the weather is cold and rainy, so probably, I’ve wait for spring to reopen the garden railroad.

Next week, we’ll take some care of the Resita loco, which will receive some transformation…

Posted by Gerd on Tuesday, 30 November 2021 with 1 Comment
in Garden Railroad, Workreports CFF

Hi folks, in August, I shared some thoughts about my rolling stock for the Romanian logging lines. Some while later, I had first ideas to solve my issues but finally, it developed totally different than expected when I spotted an interesting offer on eBay. Please welcome the old coach of the “Eussertalbahn” which was acquired […]

Posted by Gerd on Tuesday, 23 November 2021 with 2 Comments
in Operation Sessions, Workreports CFF

Please welcome… the latest addition to my Romainan Forestry Railroad roster: Budapest loco 764-253. This loco is loosely based on a prototype (764-235) which operated on the Line of Orastie. A similar loco (764-234) was in use on the line of Oituz, which made this loco interesting to me. The prototype of 234 got scrapped […]

Posted by Gerd on Tuesday, 16 November 2021 with 1 Comment
in Workreports CFF

Hi folks, due to some other troubles around, I missed to update weekly as usual. Sorry for that. So time to share some photos of the painting process. First it feels wrong to assemble a finished loco after weeks of construction. But the final result will be worth the effort. After cleaning the parts, I […]