The locos and cars operated on my 1:19 scaled model railroad are scratchbuild or kitbashed from other models. They are modeled after prototypes which were in service on the logging line from Câmpul Cetății. Details about the prototype are shown at the end of this page, details and build-logs can be found on my blog.

Since I’m interested in Romanian logging railroads, I’m in love with the typical “Resita” locos. After many years, I could fulfill my dream of such a loco in model scale in 2017. My Resita is based on a live steam model available from “Dampfmodellbau Reppingen”. I spend a lot of detail work and rebuild to get mine looking like the loco from Câmpul Cetății in the early 1990th. 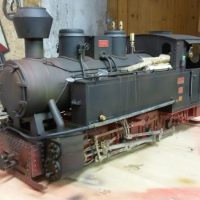 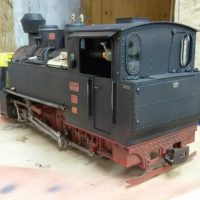 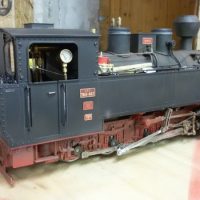 Such a locomotive also needs some matching cars to go with. Since the regular market doesn’t provide the typical rolling stock, I scratchbuild them as well. Over all, I made 8 pairs of disconnect log cars, 2 flatcars and I finished a tool and equipment car. Some other cars are planned. 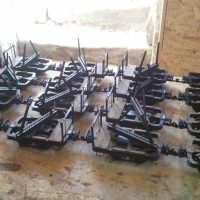 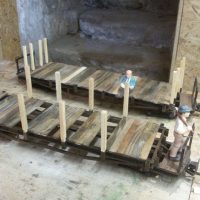 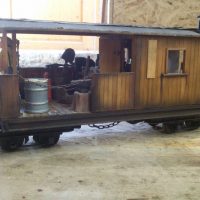 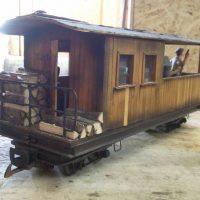 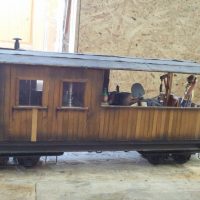 Another highlight on many Romanian logging railroads have been the rail-cars and rail-trucks, homemade from old cars and trucks. They were used for maintenance work on the line or to haul workers and equipment. My model was built from a regular model car of a Russian “Wolga”, which got rebuild to ride on rails, just as the real cars.

End of the 1980th, the end of this railroad has begun as well and first tracks had been removed. My mid of the 1990th, the railroad was finally closed. Both Resita steam locos got scrapped in the following years. Today, there’s nearly nothing remained of this line.