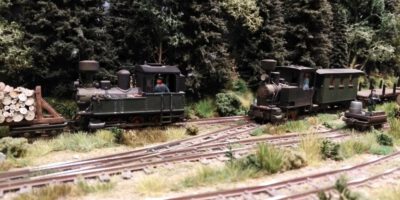 The small village of Eusserthal in the Palatinate Forest never had a rail connection in the real world. But the idyllic and isolated valley could have been a sweet home for a (model train-) logging railroad.

Starting at the standard gauge station of Albersweiler, a 30″-gauge railroad could connect Eusserthal as well as the nearby Dernbach and Ramberg to the wide world. Beside logs and timber, the railroad could have hauled other freight as well, coming from farming and a brush maker company in Ramberg. The head quarter would be well placed in Eusserthal, where a real sawmill was operated back in time. From here, several logging spurs might lead into the forests, connecting log landings, small sawmills and char coal burners. 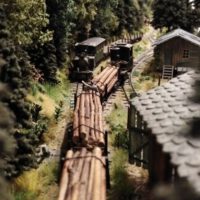 As said above, my railroad is freelanced and never existed in the real world. She’s located in the era 1925-1930 and uses steam locos only. The freight cars are matching the regular freight on the railroad. The rare passengers can use the single coach for travel.

Beside the origin WBE rolling stock, the roster also shows a Shay loco, which is a rare masterpiece build in brass in Japan. There’s also a rare Welsh live steam loco on service for special trains.

My railroad uses three locomotives, made by Minitrains and Roco. The Shay is a rare handmade model from Japan and operates the “Palatinate Forest Tramway”. The livesteam loco operates a small short line. 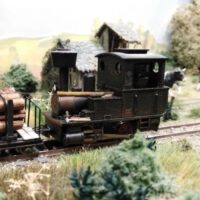 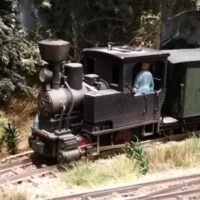 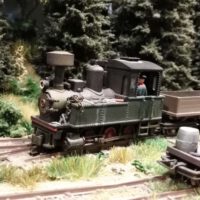 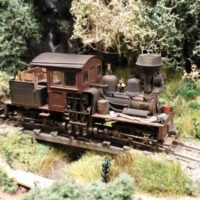 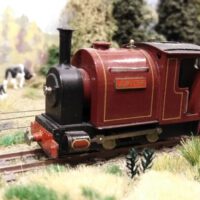 The roster of rolling stock contains Minitrains and a few kitbashed/scratchbuild wagons. 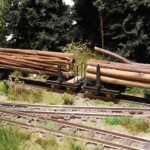 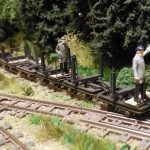 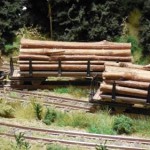 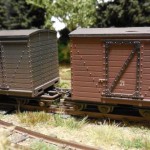 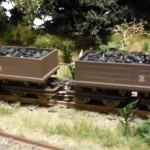 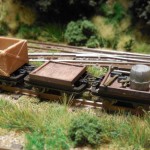 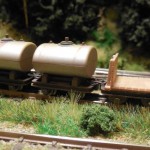 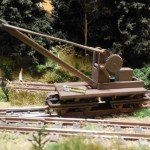 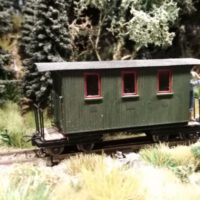