BCL&RR – Steam winch for the Shay

Posted by Gerd on Sunday, 15 September 2013
in Workreports

In early 2013, I did some major maintenance work on my Forney. During this rebuild, I removed the steam winch to run the loco as normal Forney again. My idea was to add the steam winch to the Shay locomotive but I didn’t know how I would do that in detail… 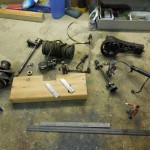 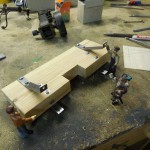 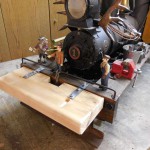 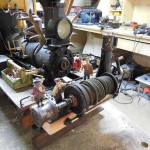 First I made the new support from wood with some flat steel brackets. I added two bolts on top of the front buffer beam where I can hook up the new support. The diagonal brackets on the under side will holt the support upright.

On top of this support, I installed the old steam winch. I used the same alignment as on the Forney. This way I could use all the parts I already had. On the second photo you can see the how all parts of the steam engine are mounted on the support board. 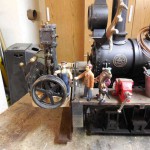 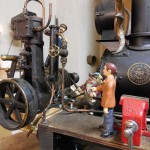 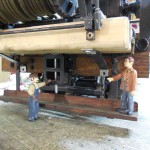 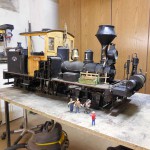 In operation, The steam winch is hold in place with two screws at the lower brackets. At least I added some paint to the new bracket and the new “logging Shay” is ready for service at the log landing.