the past couple days, I’ve spend some work on the Forney here and there. I replaced the old head light bracket from aluminium by a new one from sheet steel. 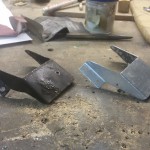 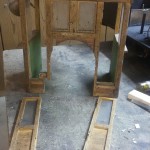 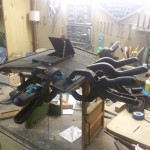 The front doors of the cab has been build separate when I made the cab several years ago, but I glued them in place for what reason ever. Anyway, I broke them loose and finally installed them with hinges as it was originally planed. Parallel to this work, I glued the roof back in place where it came loose. 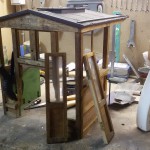 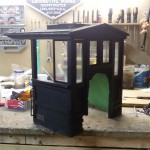 Another Idea that I had in my mind all the years was to repaint the cab in black. I was still unsure, until I started work and I’ve to say, that this was one of the best ideas I had to this loco. It looks much better now, more like a model train and less “Disney”-style… 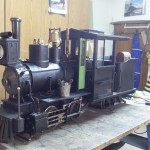 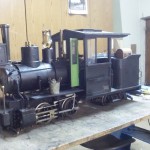 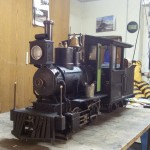 Once the cab was back in place, I added the last pieces and details. Now, the loco is ready for a first test run and back in operational condition. Only the lettering is missing. I’ll make new stencils and air-brush them on this week.