Posted by Gerd on Thursday, 30 June 2016 (Comments Closed)
in Workreports

In the past days, I reworked the little 4-wheel caboose of my small railroad. First I show you a small detail I’ll add to all of my rolling stock. Some while ago, I got a bag of truss rod plates, modelled after a D&RG prototype. I’ll install them on all my cars since they look much better than the plain washers. 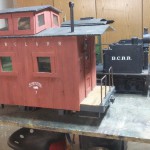 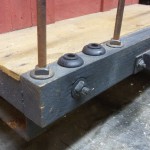 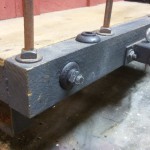 As you can see in the pics above, the coupler was mounted directly to the body, which caused some over hang in curves. Due to the new coupler height at all, I had to lower the coupled by 7mm and I decided to make them flexible. 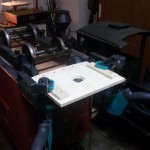 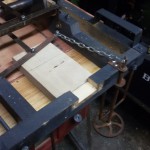 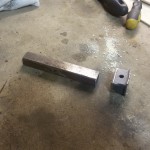 I reworked the old coupler and welded a shaft to the back. I cut a grove to the end beam with a router by using templates. A new mounting plate is installed and the coupler can now pivot 10mm to both sides. Not shown here is a bow which holds the coupler on level. This design of the coupler will move them closer to the track center on curves. 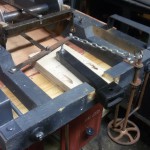 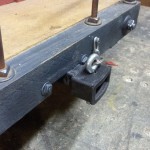 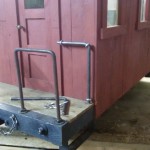 Another detail I added were additional hand rails at the platforms. As on the coaches, I made them from 6mm steel rod with eye screws to hold them on the car body.

Finally, the caboose got the new lettering is now known as #51. 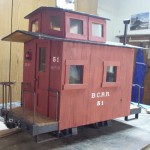 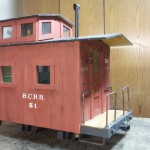 Next project will be the string of disconnect log cars…

BTW.: I finished the Shay as well with the new lubricator mechanism and she’s back in service as well.

[BCRR] – The Combine is also done

Posted by Gerd on Friday, 24 June 2016 (Comments Closed)
in Workreports

during the past days, I finished the combine car as well, so both passenger cars are ready for first service on the new BCRR. I added some comparison photos below of the coach in its new style and the combine in the old design. I also realized, that the BCRR letters were out of line on one side of the coach, so I sanded them off and repainted them later. 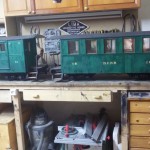 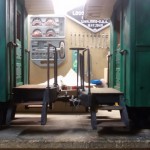 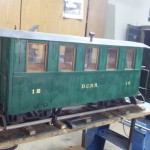 The steps on the combine were the same as on the coach, so I do not go deeper into the details. Please, just check the previous post where I described the steps. 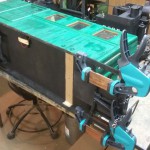 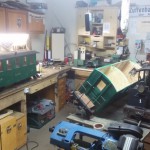 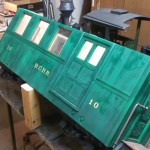 Finally, both cars are ready for passenger service along the Bear Creek. Let’s see which car will come next… 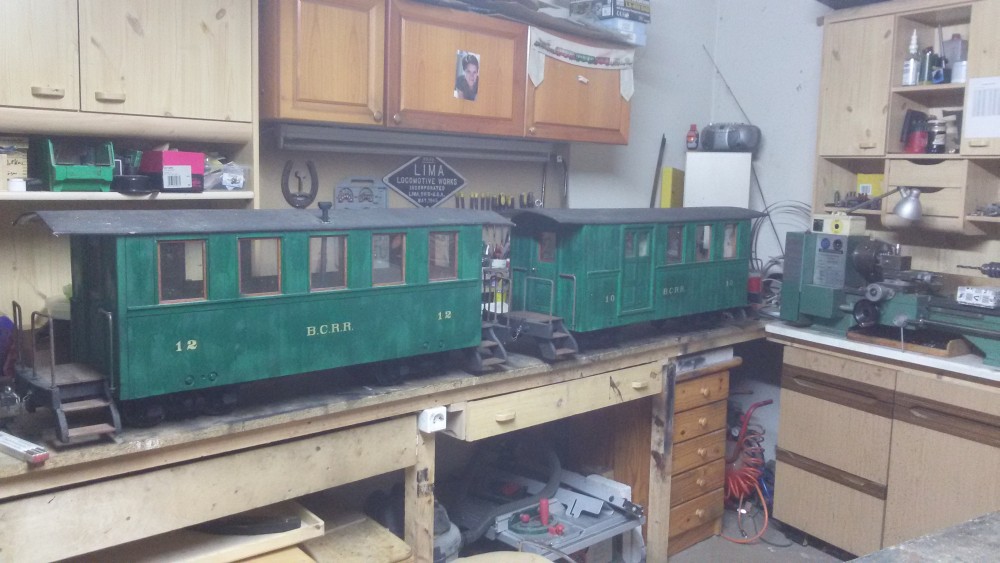 [BCRR] – Starting with the passenger cars

Posted by Gerd on Tuesday, 21 June 2016 (Comments Closed)
in Workreports

since the locos were finished so far, I started with the next projects by reworking the cars for passenger service. The To-Do’s were short : Change coupler height to 8cm above rail head, glue the step boards into place, small repairs as necessary and adding new lettering. 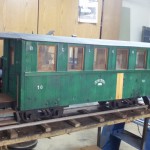 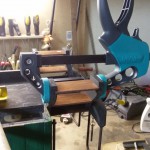 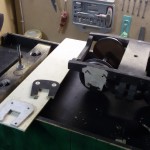 I placed the coach on a piece of track to determine the actual height of the platform and the coupler center. It shows, that the platform was 1cm to high above rail head and the same was true for the coupler. So, lowering the car body by 1cm would solve both issues at once. I removed the trucks, glued in the step boards. 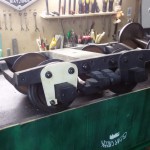 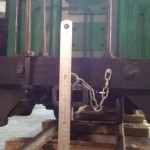 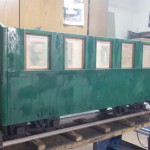 To replace the broken parts on the trucks, which were made from plywood, I used the original templates I made during construction of them and made new pieces where necessary. Once the trucks were back in place, I checked the coupler height against and now it’s exact were it should be and the coach looks much better while sitting lower on the track. 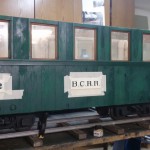 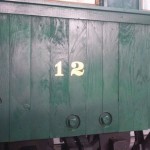 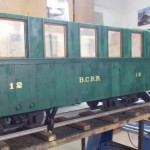 At least I added the new lettering to the car body. First, I sanded off and over-painted the old lettering. To add the new letters, I used the same stencils as on the locos. I decided to use gold-paint this time which results in a typical old time look. And that’s it on the coach so far. Next I’ll do the same steps on the combine car.

Posted by Gerd on Saturday, 18 June 2016 with 2 Comments
in Workreports

Hello BCRR-friends, finally, I got the stencils to add lettering to my rebuild steam locos. I use the TTF “Railroad Roman” which is close to the common letters in the 1920th on US narrow gauge rolling stock. I swaged them a bit to match my rolling stock, which is also a bit shorter than it […]

Posted by Gerd on Sunday, 12 June 2016 (Comments Closed)
in Workreports

Hello fellows, in the past days, I made good and important progress on the Shay-repair. Since I disassembled the loco and steam engine together with my dad a couple of days ago, I fixed the main machine bracket by silver soldering. I found the original drill- and alignment jig of the bracket, so I was […]

Posted by Gerd on Monday, 6 June 2016 (Comments Closed)
in Workreports

Last Tuesday, I designed the final version of the arch bar truck journal boxes and ordered 8 pieces at Shapeways in the afternoon. I got the shipping-note on Thursday in the evening and on Saturday, they arrived at my door. What a fast service! I’m very happy with the result. They were much smaller and […]

Posted by Gerd on Wednesday, 1 June 2016 (Comments Closed)
in Workreports

Let’s get started again… Yesterday, I had another work session with my dad and we decided to check the damage on the Shay locomotive, caused by the bad derailment in Zürich some weeks ago. So the Forney got stored and the Shay was lifted to the workbench for disassembling. The photos below are showing the […]