[CFF] Painting the Resita and finishing the steam part

Posted by Gerd on Tuesday, 26 December 2017 with 1 Comment
in Workreports CFF

Even on Christmas, here’s a small update for you.

I disassembled the chassis and sand-blasted all parts, which need to get painted. I use spray-paints from Metaflux, wich I dry in the oven at 80°C for about 30 minutes. I’ve a small oven in my workshop, for larger parts as the frame or boiler, I’ve to use our regular kitchen oven. I’m happy that my wife has no issues with that. 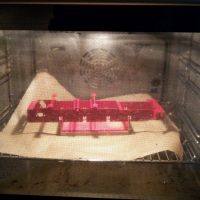 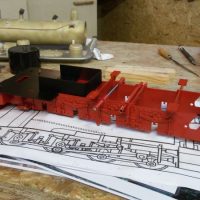 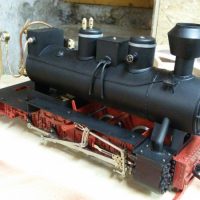 Once the loco was assembled again, I installed the steam valves and pipes.

Since the gas-part is still missing, I did some test runs with air. Before I’ll steam-up the loco for the first time, I’ll spend some special attention to the loco, as long as the paint is fresh and clean.

Posted by Gerd on Sunday, 24 December 2017 with 2 Comments
in - Uncategorized

which all of you peacefull christmas days as well as a good start into the next year. 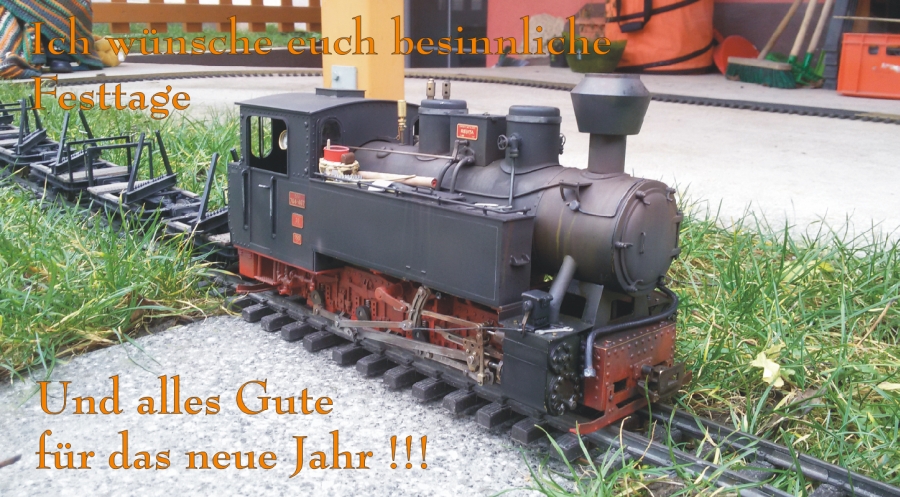 Posted by Gerd on Tuesday, 19 December 2017 with 1 Comment
in Workreports CFF 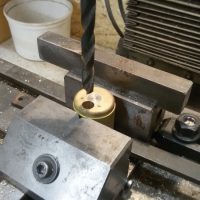 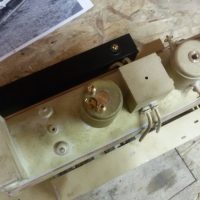 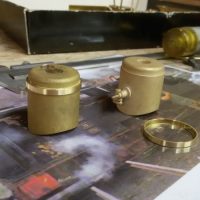 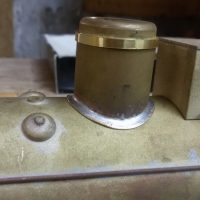 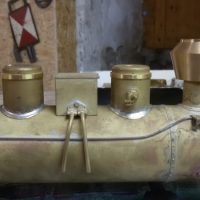 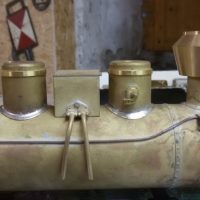 Hello, the Resita loco is rolling!! But still not from own power. Last weekend I assembled the drivers and installed them in the frame. I had to wait for replacement axles, since the delivered ones were too short. Thanks to the great support of Mr. Reppingen at this point. The chassis of the Resita features […]

Welcome back to another report on my Resita-build. I spend some work on the cylinder covers. Comparing the stock cylinders with the prototype photo shows some differences I like to negotiate. First I added another 6 screw-heads to each of the large covers. I set a second set of holes, tapped them for M2-screws. The […]

Good morning, I finally got my latest delivery from Shapeways, including the suspension detail and couplers for my Resita. I designed them on the PC as 3D-model and got them 3D-printed in brass. Actually, they don’t print directly in brass, they print a wax-model, which is than cast in brass as usual. The photos above […]

Posted by Gerd on Sunday, 26 November 2017 with 2 Comments
in Operation Sessions, Waldbahn Gazette

Hello again from the smaller Hon30 railroad, in spring this year, I showed some layouts from other model railroaders, which were based on my design of the WBE. Bernd Iron copied my entire layout with some additional segments, and gave it a totally different look. Yesterday, he came for a visit and brought some of […]

[CFF] Details for the journal guides

Hello, today, I’ve only a small update. I did some modification to the journal guides. The kit-version is flat and not so close to the prototype. So I took some 3mm brass and milled a 1.5mm deep slot into it. Another piece of brass got silver-soldered on top to form a “pipe”. I sliced the […]

[CFF] A new back for the Resita

I already showed the pieces last week, and here they are in place. As the front pilot, the rear is also very basic on the model. Compared with the prototype, there’s a lot of potential for a model builder like me. I designed a new end beam and cnc-milled it out of 2mm brass. I […]

Hello, another week at the Resita-workshop has passed and I made progress on the front pilot. I filed the edges and “rivets” flush with the frame. From prototype photos, I made a proportional drawing of the front cut-outs and rivet location, which I printed on self-adhesive labels. Once the drawing was sticked onto the brass […]