Posted by Gerd on Monday, 29 May 2017 (Comments Closed)
in 5" gauge railroad, Operation Sessions

last week, I made a simple ramp-construction to get my 2″-scale Shay out of the workshop to the daylight. Since the derailment last year, which caused huge damage to the steam engine, the loco was steamed up for the first time on Thursday. 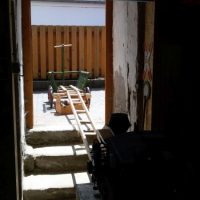 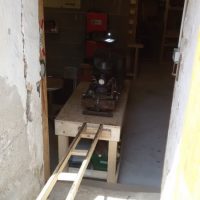 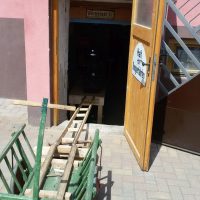 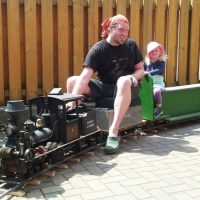 The Shay worked well and there’s only one issue left, but I can deal with it.

Next I brought my riding cars back on the tracks for some test runs. Later I added some improvements as well and the whole train got prepared for a public run&ride event next Sunday. As you can see, our daughter was also very happy, even if the track is only 10m forth&back.

I got asked often in the past month, so I use the time between my large-scale projects for an update.

Since we moved in our new home, the layout found a permanent place. Not stored away in the attic, it’s in operation as shelf layout in the office section of our living room, where I found my space for my model trains.

A few days ago, I even spend own lightning to the layout. The showcases above holds all my H0-scaled narrow gauge trains, the smaller one is for the WBE stuff only. I use to run trains more often than expected. It’s just fun to set up a train from the showcase and run it on the layout, do some switching and then take another train. 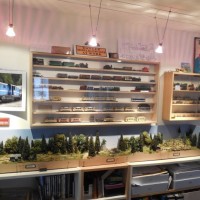 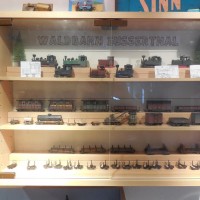 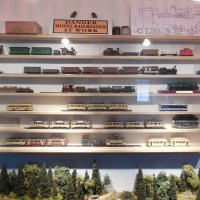 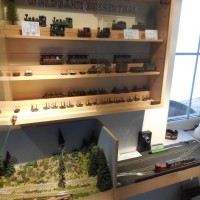 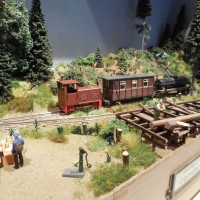 Once I found a new place for the printer at the right end of the layout, I’m also able to add another 60cm segment to the layout, which is already build.

Beside the ordinary service, some “strangers” got spotted some while ago… A whiff of “Maine Two Foot” comes to the WBE in form of Minitrains cute F&C stuff. I’ve even some plans for layout extensions for the future, but first, I’ll continue with my large-scale projects. 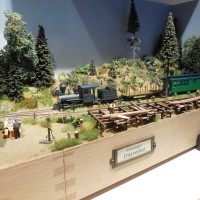 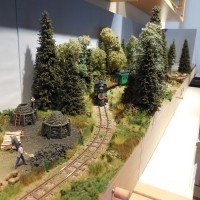 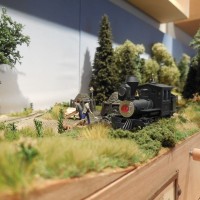 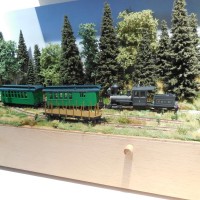 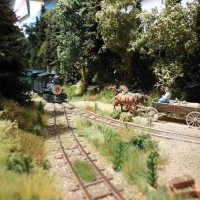 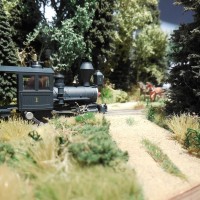 I look forward to get the matching F&C Forney soon as well ;-)

Posted by Gerd on Sunday, 14 May 2017 (Comments Closed)
in Workreports LVLC

once all the cars were done, I did the announced airbrush-weathering to all of them at once. I covered the marks from the rebuild, weathered the new trucks and couplers and removed the old road numbers. Such small logging railroads doesn’t need road numbers.

Here are some photos of the finished rolling stock. I showed the weathering steps and details in the boxcar-build-log. 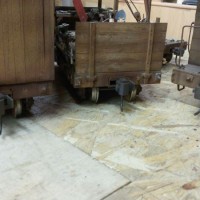 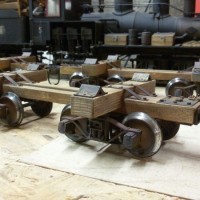 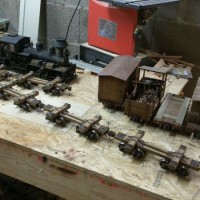 After the weathering, I polished the wheel of the log car trucks to give them a well used look, matching with all the other rolling stock.

At least I had all the rolling stock sitting on the workbench and I was looking for some place (and way) to store them properly. I used wooden crates and secured the cars with some foam pieces. A third box holds the log loads as well. Closed with lids, the rolling stock is stored away from dust and damage. 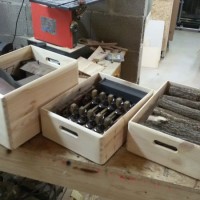 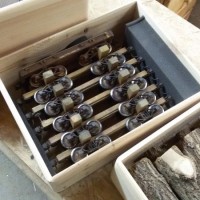 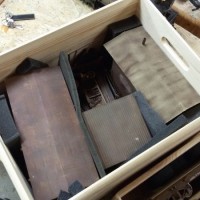 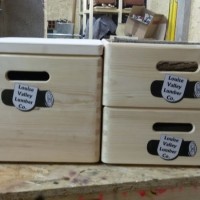 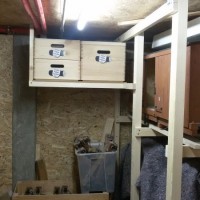 The boxes got stickers applied and I made a storage rack beside my 2″-scale trains where the rolling stock is out-of-the-way.

A second shelf below will hold the locos, once I’ve built storage boxes for them as well. The live steam Shay is already placed by now.

Posted by Gerd on Sunday, 7 May 2017 with 1 Comment
in Workreports LVLC

The last car to be equipped with Kadees is the waycar. This seemed to be a bit complex first, but finally was easy as the other freight cars as well. I had thoughts while the end sills were different on this car. I removed the nailed-on stir-ups and used a Japan-razor-saw to just cut off […]