Posted by Gerd on Tuesday, 26 March 2019 with 4 Comments
in Operation Sessions

after some while, I have a new video from my garden railroad for you. New Shay #7 headed out into the woods to haul a load of logs down to the saw mill.

With the new 3-truck Shays in service, it would be great to have more log cars. The capacity of tracks at Ronja Springs allows log trains with up to 10 cars. So it’s time to enlarge the roster by some more log cars, let’s say up to 20 skeletons at all.

Posted by Gerd on Tuesday, 19 March 2019 with 1 Comment
in Layout construction

Since the wye at formerly “Strawberry Hill” turned out as some runaround and shunting station for logging railroad operations, I made use of good weather and finished the tail track. First I set some lawn edge stones along the fence foundation. 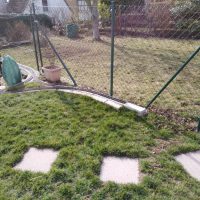 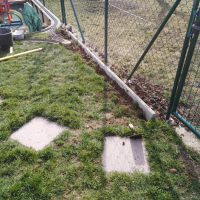 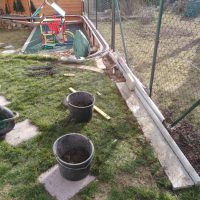 From a friend, I got two concrete window lintel and used them as base for the tail track. As the new tail track was a bit lower, I had to relay the bricks for the wye as well to bring them to the correct height. The tail track rests 1/2″ lower than the entrance turnouts of the wye, to avoid runaway trains. 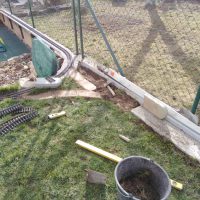 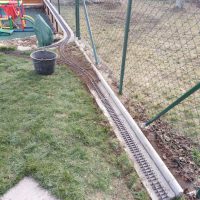 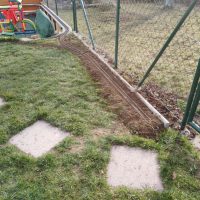 At least, I ballasted the new track with dirt. While the access to the lower turnout is very bad, I installed a switch through with rods and levers. Now the wye is complete and can be used in full operation. 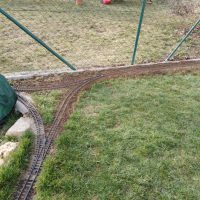 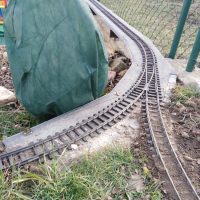 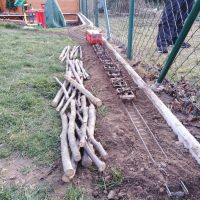 The tail track holds the maximum length of log trains (cars only – approx 7′). It can be used as loading spur, logging camp or just to shunt trains for the trip down to Ronja Springs. I’ll add a bumper to the end of the tracks soon.

Posted by Gerd on Tuesday, 12 March 2019 with 3 Comments
in Workreports LVLC

one year ago, I got the chance to buy another Shay for my garden railroad, a Bachmann Spectrum Class C 3-truck Shay. Once arrived, I re-lettered her several times for different railroads and swapped between wood and oil burner multiple times. And I was never sure how to add this loco into my existing Louise Valley Lumber Co. 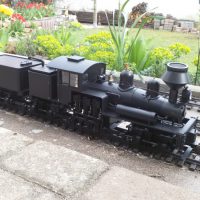 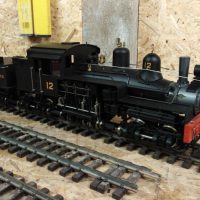 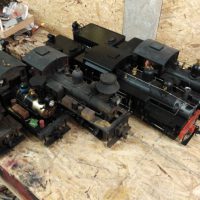 The final solution was found, when I simply bought another Shay in early 2019. There was a bargain offer for a LGB/Aster “West Side Lumber Co.” Shay 12 which I couldn’t resist. 500 of these locos were made by Aster in Japan for LGB in 1996. The loco is entirely made from metal (brass & steel) and runs just great. When I compared the model to plans of WSLC #12, it shows that the model is closer to 1:20,3 scale as I thought. 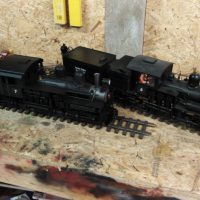 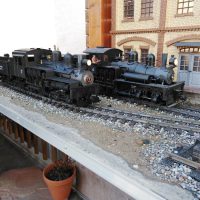 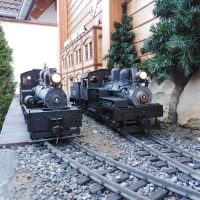 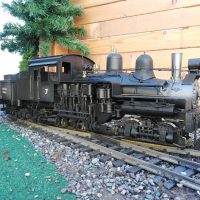 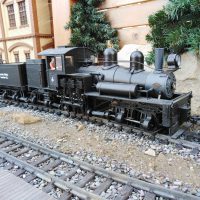 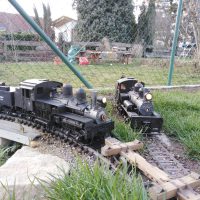 Referring to many logging railroads in California, my free-lance Louise Valley Lumber Co. switched to oil burning locos in the 1930th. Instead of rebuilding the old woodburners, the LVLC simply replaced the older Shays by 2nd hand locos from other railroads. So the new locos got lettered for the Louise Valley Lumber Co. and got road numbers 6 & 7. Both are equipped with Deltang receivers, powered by LiPo-batteries. The two new Shays will represent the “modern” motive power on the LVLC. Now I can run either the old-time woodburner, or the modern oilburner.

Both new locos will get an airbrush weathering soon as well as some typical detail parts added.

Posted by Gerd on Tuesday, 5 March 2019 with 2 Comments
in Workreports CFF