Posted by Gerd on Wednesday, 19 January 2022 with No Comments
in Workreports

Hello folks and welcome to a new video series.

In very early 2022, I decided to build a steam donkey for my 5″-gauge railroad “Moody Lumber Co.” in 1:7.2 scale, which is 1-2/3″ or 42mm to the foot. The initial idea was, to reuse the old steam winch that was mounted on the Shay locomotive. But later, it turned into a while new design and construction. More about the components and the built will be shown in the upcomming videos.

Since my viewers are half German, half English speaking, I decided to not use naration on this video series. I hope this will be okay for you and you’re welcome to post questions and comments below for feedback.

Part 2 will feature a closer look to the steam engine, disassembling, overhaul and installing on the base frame.

Posted by Gerd on Friday, 7 January 2022 with 1 Comment
in Operation Sessions, Workreports

welcome in 2022 and I wish you all the best and more important health for the new year. Stay safe and enjoy your hobby.

In the past weeks and month, I spend a huge overhaul to my Shay-locomotive, which were not yet shown here on the blog. Meanwhile, the loco is back in service and performs great, as shown in the latest video.

Finally, I’ll show you some of the repairs I did along with some improvements. Let’s start with the new eccentrics I made to use ball bearings. This rebuild was actually done some while ago. 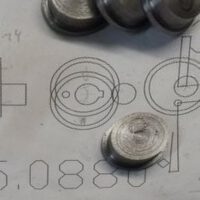 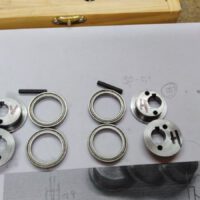 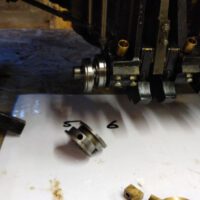 I noticed some slack in the eccentrics as the eccentric rings start to wear out. I ordered some ball bearings and made new eccentric-discs. I was able to find some workshop-drawings with important measurements. 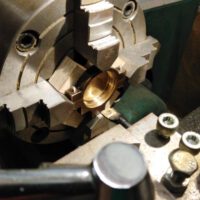 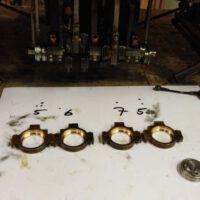 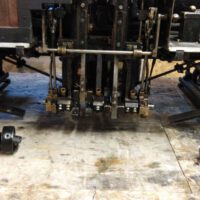 Fortunately, I could reuse the eccentric rings by boring them out for the OD of the ball bearings. I left a small flange on the inside, which will hold the rings on top of the bearings. Once installed, they can’t move to the outside and will support each other in the center. 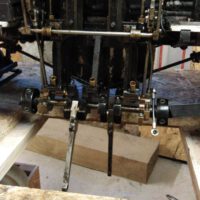 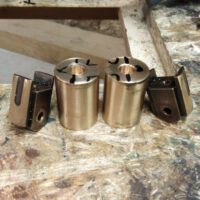 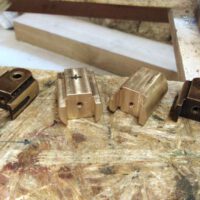 Additional, I made new cross heads from bronze. The original parts also show some wear and to avoid future damage, I simply made a new set. This reduced some more slack from the steam engine.

On some parts, I can’t exactly tell which material I made them from, so some parts might have worn due to bad material parings. Anyhow, if the overhauled engine will work for another 10 years, I’ll be happy for now. 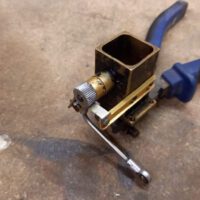 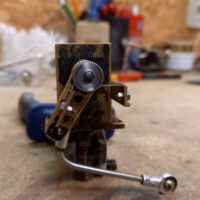 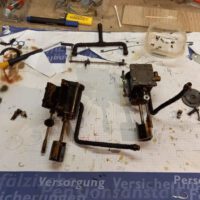 Let’s move on to the next issues. The lubricator didn’t work fine the last runs so I spend some improvements here as well. I rebuild the drive from friction bearings to a ratchet drive which works more reliable. But here were some more issues to be eliminated like missing valve-balls and O-rings.

And when a lubricator doesn’t work for a longer period, it’s a good idea to check the cylinders. You may guess, they were dry as dessert and the piston rings in bad condition. So I took some PTFE and made a new set of piston rings. 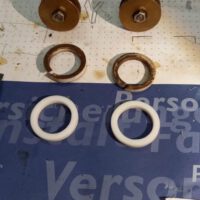 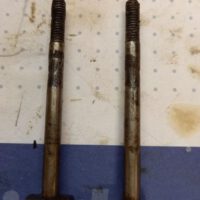 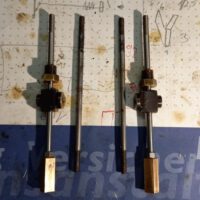 Next surprise came up when I checked the valve chests and valve stem. The stem showed massive corrosion, probably they were made from regular steel instead of stainless. I replaced them with stainless parts and started reassembling. And as I went along… 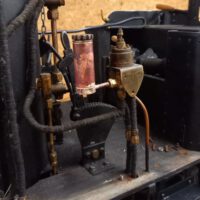 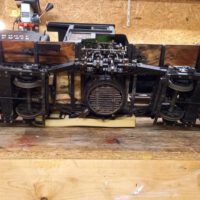 … I found some more potential for improvements. The steam brake also caused issues with lots of leaks. I spend new seals and piston rings as well. A new improvement is a displacement lubricator for the brake valve and cylinder. This will help sealing the valve and the force of the brake system.

In parallel, I replaced some other broken parts and spend the final touches of my 1:7.2 scale rebuild. I re-arranged some pipes, lowered the cylinder cover in front of the cab, enlarged the front window on the fireman-side and re-shaped the diamond stack to a more Shay-like design. Last step was to replace the cab ladders from 1-step to 2-step ladders. 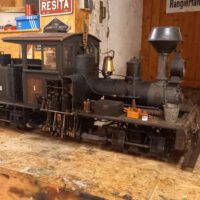 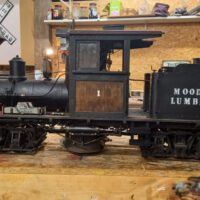 Now I look forward to a new season on 5”-gauge and especially to a new project in this scale which will start this spring here on my blog. Stay tuned for a new masterpiece to be born.