Posted by Gerd on Tuesday, 28 August 2018 with 2 Comments
in Layout construction

once the first buildings/facilities were done, I directly moved on to build the station building for “Ronja Springs”. This time, I focused more on the joy of building, so I don’t have much “in progress” photos. I build the Pola kit mostly to the plan, but I cut off the rear section of the roof and floor, to make place the rear wall of the building close to the neighbors fence. This way I’ll have enough clearance in front of the station building for the trains going by. 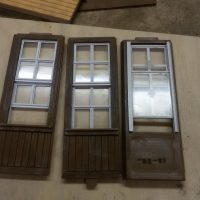 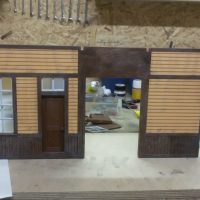 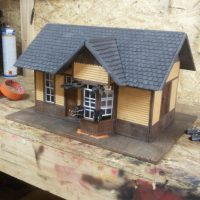 I decided to make us of the “take apart” solution provided by the Pola-kit. The walls are build separately and are holt together by bolts on the inside. This allows to take the structure apart for storage. To add more stability to the lift-off roof, I added triangles from water resistant plywood. The roof segments got nailed on top of the wooden blocks and nails are covered with paint. 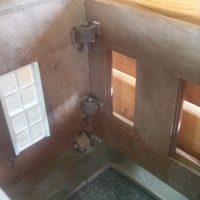 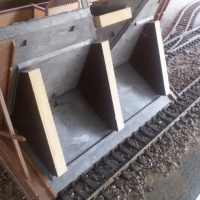 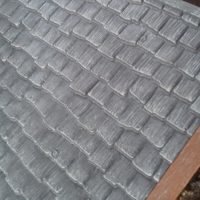 If I’ll use the disassemble function for storage is not sure yet, but it’s very handy to separate the walls while working on them i.e. installing signs and details. 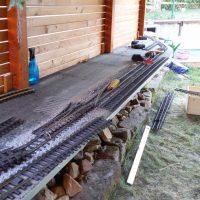 The long combined spur track for team track and industry was split into two separate tracks and the station building took place in the middle. The short track to the right will connect a furniture factory, while the two car spur to the right will feature the team track with freight platform. The new arranged spur tracks are making switching also much more interesting. 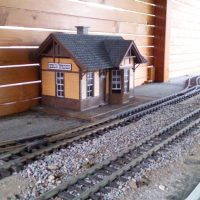 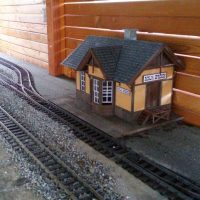 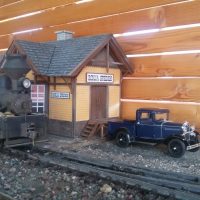 Today I met Louise Valley Lumber Co. Shay #5 at the new depot. The LVLCo. sawmill is also located in Ronja Springs (at the far left end where the small yard is – it’s not actually shown by the layout). The LVLCo. uses the same grade up to the top meadow as the Daisytown & Southern, before she enters the Louise Valley on her way to the logging camps.

I’ll show you more about the grade to the upper garden next week. ;-)

Posted by Gerd on Tuesday, 21 August 2018 with 1 Comment
in Layout construction

this week I like to show you the first structures for the station of “Ronja Springs”. I already bought the kit for the water tank some month ago, even before I started on the garden railroad. I got it cheap on eBay. The kit is produced by Piko and represents a Rio Grande Southern style water tank, even if it’s not 100% scale. As often on large-scale buildings, they are a size reduced to make them fit better to different scales and spaces. Finescale structures made from real wood would be much nicer for sure, but I’ve also to deal with the German weather, so I think the plastic kits made by Piko and Pola are a good compromise. 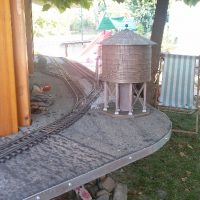 BTW, these are my first plastic kits in this scale and I’m very impressed by the detail and quality. The structures are rigged and I look forward for a long life on my layout. The water tank can be build functional for real water, but I didn’t in my case.

The second kit comes from Pola. It’s the “Silverton”-style sand house. Brake sand is dried and stored in a bunker on top of the structure from which it will be filled into the domes on the locomotives. And I couldn’t resist to spend some weathering and color details to the plastic parts. I painted the bricks of the bunker walls for example and gave all wooden parts a dry-brush with gray paint. It improves the look of the plastic structures a lot. 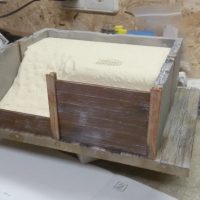 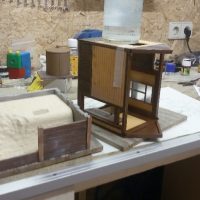 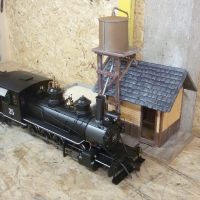 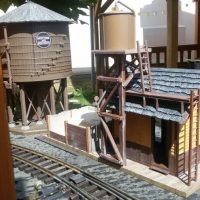 I’m very proud about the sand house, which is a rare kit as it’s not longer produced as well as all other “Silverton” kits by Pola. So it was a great that a bunch of such kits got offered on eBay some while ago and I was able to get all the kits I was looking for in boxed and new condition.  Next project will be the station building. 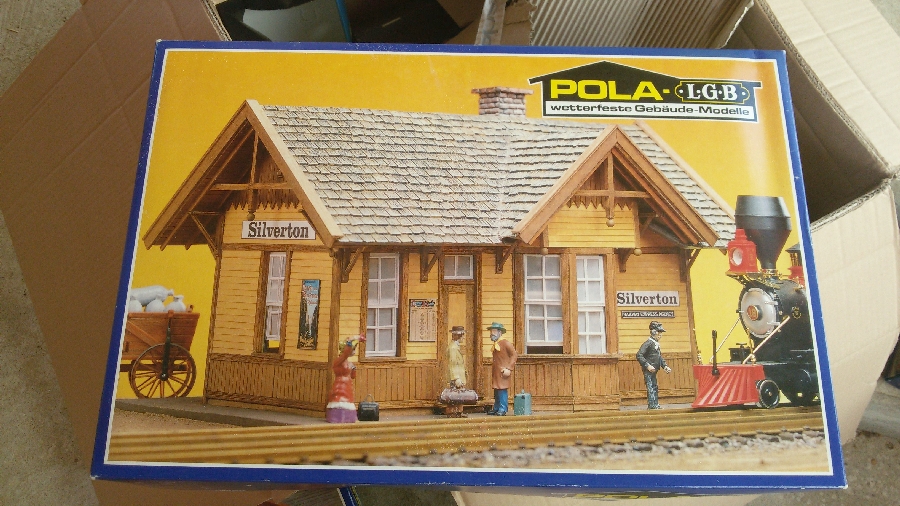 The first tracks are laid

Posted by Gerd on Tuesday, 14 August 2018 with 4 Comments
in Layout construction

I’m proud to tell that the first tracks are laid on my new garden railroad.

As mentioned before, I covered the whole wooden base structure with roofing felt to reduce water on top of the wood. Later I’ll add some “ground scenery” from dirt and gravel, so waterlogging would be bad for the plywood below. 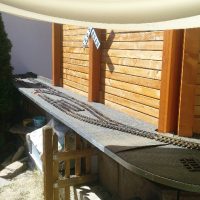 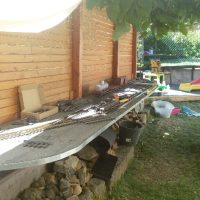 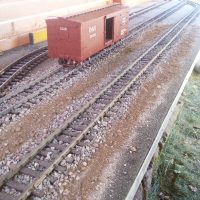 At the edge of the plywood sheets, I bend the roofing felt downwards and attached an aluminium profile. I also did a first section of ballast just for testing. Here’s a sneack preview for next week.

Before I finally install the old LGB R3-turnouts, I did some modifications to them. I cut the tie-strips behind the frog on the curved track and bend the last portion straight. Together with a matching curve behind, I now have 20-25cm of straight track in between the curved section, which looks much better as the direct S-curve provided by the standard track. It also helps longer cars to negotiate the turnout easily. 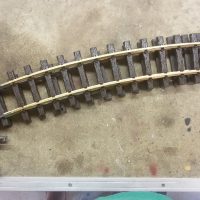 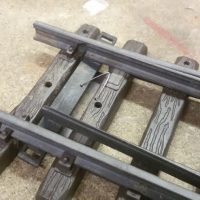 While the Piko-turnouts have a spring to keep the turnout in position, I added such a feature to the LGB-turnouts as well.

That all for today. I hope I can continue with the first section of RoW up to “Strawberry Hill” this week.

Building of the lower station

Posted by Gerd on Tuesday, 7 August 2018 with 1 Comment
in Layout construction

Hello again and welcome to the first report of my garden railroad build. Last week, I went directly to the DIY shop near by and got a car full of stuff. I use weatherproof plywood and laminated timbers. All raw surfaces as well as cutting edges got sealed with elastic acrylic paint to keep water […]