For my new loco, I bought parts from a LGB IK loco to model the valve gear. Unfortunately, the excentre motion is rigged and moving separate. So, it was necessary for me to rebuild these parts into something more prototypical. 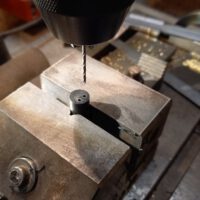 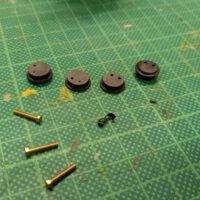 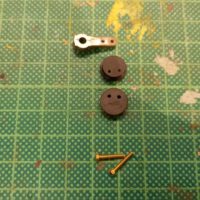 First, I made some excentre discs from black POM (Delrin) on the lathe. I drilled two holes into the stock material for 1.6mm screws. Next, I removed the pin from the crank and added two holes for M1.6 screws. The discs are mounted opposite to each other. 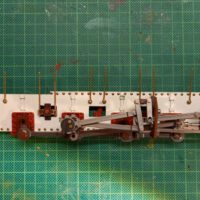 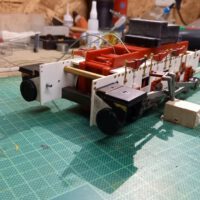 More difficult were the changes to the excentre rods. They are made from a very flexible rubber-plastic. So drilling is not working well. Finally, I used X-acto knifes and files to get the static discs out of the rings at the end of the rods.

The following video shows the difference between statis LGB valve-gear and the more prototypical version I created.

I would say, this was worth the effort. Once the holder for the link is mounted correctly, the valve gear motion will be much closer to the typical smooth waving of the real thing. Later, I’ll also rebuild the Allan-Trick more into a Stephenson type valve gear as used on the Budapest loco.