I added safety valves to the steam dome, made from brass, screws and nuts. 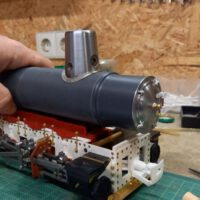 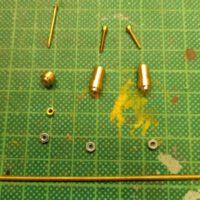 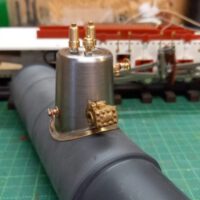 The steam outlet at the front of the dome is cast brass and bought from Bertram Heyn. I removed the lever and mounted it to the side of the dome as on the prototype I like to model. On the fireman’s side, I added another valve which will supply the water ejector with steam.

The sand dome also got finished. I added sand pipes provided by DMR Reppingen. Both domes are hold in place by screws from the inside of the boiler. 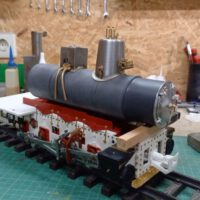 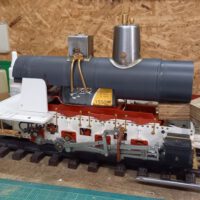 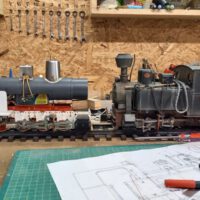 The photos above also show the location of the battery pack inside the boiler. I also started to build the boiler back-head. Therefore, I’m now able to determine the final height of the boiler and create the support for the smokebox next. This part is made from plastic sheet and brass nails as used on the frame. 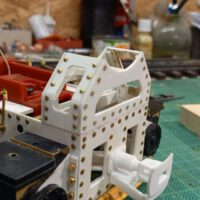 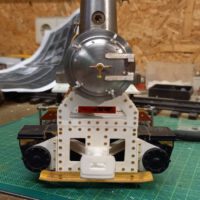 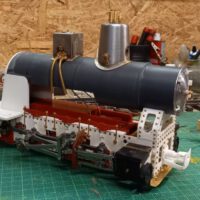 Step by step, it’s starting to look like a steam locomotive. Actually, I’m working on the steam pipes to the cylinders. More on that next week.