Let’s continue with the pipework on the new loco. Below the future cab floor, I mounted two injectors and extended them with the water pipes. While body of the loco has to be removable, I made separate attachments for the water tank outlet valves. 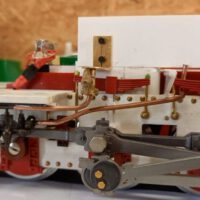 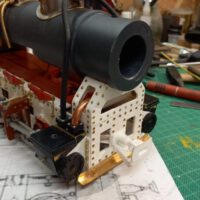 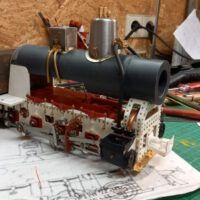 For the cylinders, I made gland pieces to take the in and out steam pipes. I used black Delrin to make them. Bending the pipes was a mess and in case of the inlet pipes, I spend 4 attempts until I was satisfied with the result.

Also in place is the lubricator on the engineer side. As on the prototype, it’s powered by a link coming from the cross head. 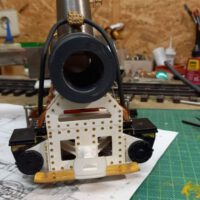 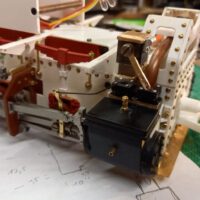 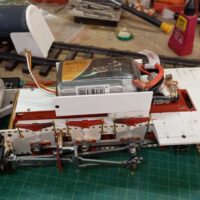 Now it’s time to get the RC and electronic parts installed. Battery-Checker, voltage regulator and fuse are placed in the firebox area. The 4S Lipo battery is housed inside the boiler while the Deltang Rx66 is hidden by the white cover on top of the power unit. 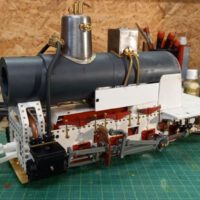 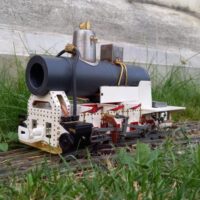 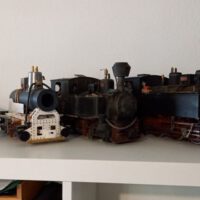 So it’s time for some test runs in the garden to get familiar with the future operation side. Afterwards with loco got placed next to my other CFF steam locos on the shelf, waiting for further progress.