Let’s continue with the water tanks of the loco. The basic construction is made from 2 and 3mm styrene. I glued a 0.5mm sheet to the underside, which represents the walkway along the loco tanks. BTW, I decided to model a welded replacement tanks, as many prototype engines got new tanks before the era I like to represent. 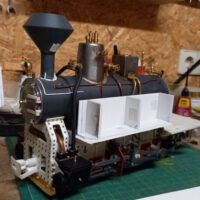 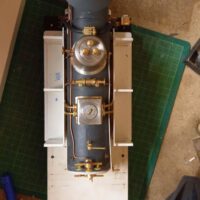 The outer shell of the tanks is made form 1.5mm styrene, which got bend to shape first, glues to the base and cut to dimension in the last step. The water tanks are hollow at the front end. Close to the cab, I added lead weights. 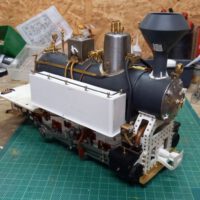 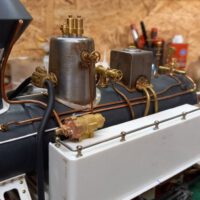 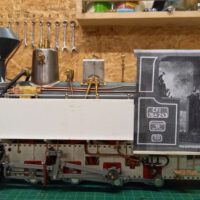 Another detail is the handrail running along the top edge as well as the generator. The tanks are rigged permanently wo the boiler by cross braces. The whole super-structure has to be removable in the end.

The last photo gives an impression of the finished loco once the cab is done as well. I still look for clever solutions how to make rounded side-roof-section.